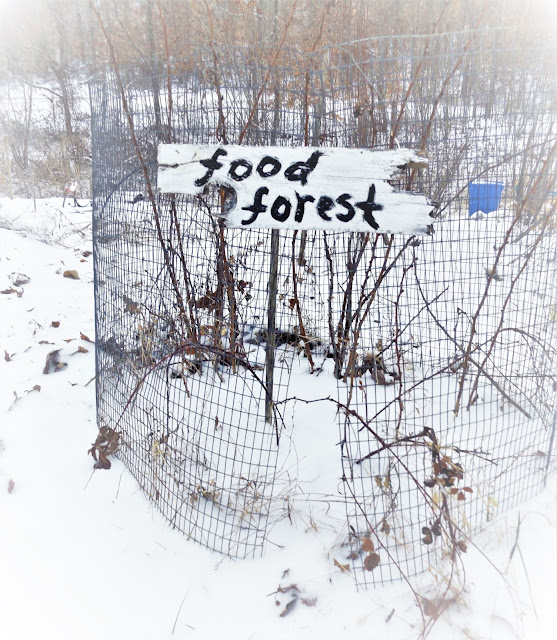 A day after Christmas, I hauled two loads of newspaper from my cousin who had been hoarding newspapers. I got almost all of it on their porch and was able to spread the newspaper all over the bank where the grapes, aronia, and goji berries are growing. There was so much newspaper I was also able to spread it on the bank where the blueberries, figs, and other fruits tree are growing, including the pathways in the garden. It was bitter cold when I done that one day, but this week we had two days of 60-degree weather in northern Kentucky so I took advantage.

Over the last two days I covered the newspaper with leaves from the woods. With the blue trash can you can see in the background of the picture, I carried leaves down from the woods and spread on the garden to make it look presentable and clean. I still have so much more leaves to spread over the newspaper in the pathways, but at least I got the bank covered because the neighbors can see the bank from the road. It was unsightly to see all those newspapers. I have to wait for another warm day, because after those two warm days it rained immensely and brought cold and snow with it.
Posted by Cassie K at Saturday, January 13, 2018 No comments: Links to this post